The acclaimed and much-loved illustrator Quentin Blake has been commissioned by the Science Museum to create brand-new artwork for the walls outside its family-friendly Wonderlab: The Equinor Gallery, for visitors of all ages to enjoy. 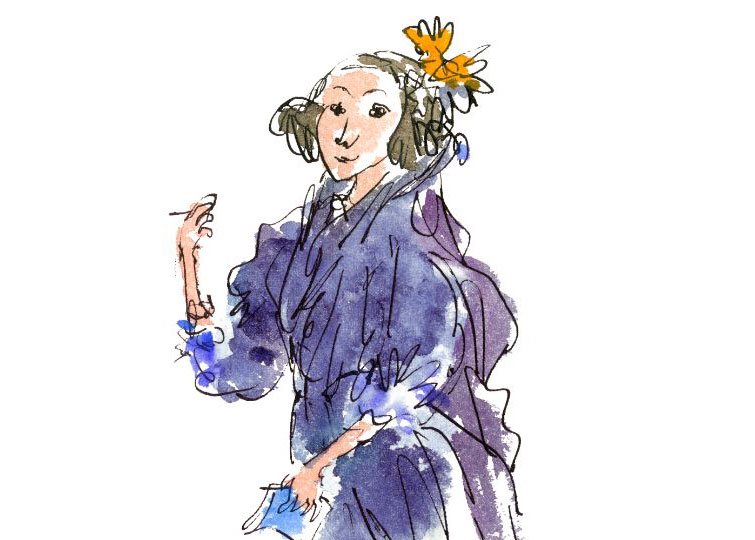 Renowned for his humorous  drawings and in particular his phenomenal contributions to the great works of children’s literature including books by Roald Dahl and David Walliams, the museum is thrilled that he has consented to create a series of five large panels to hang on the white walls outside Wonderlab: The Equinor Gallery. Each one features his brand new illustrations of objects and scientists from the Science Museum Group’s extensive and historical collection—bringing them to life in a creative and engaging way for family audiences.

A total of 20 women and men from the world of science and technology feature in this new work of art—four on each panel—alongside illustrations of the objects for which they are best known. The 'enchantress of numbers' Ada Lovelace adorns one panel alongside the analytical engine on which she wrote a detailed and penetrating explanation of its significance. Next to her is polymath Jagadis Chandra Bose (1858-1937), the first scientist to use a semiconductor junction to detect radio waves. Sir Richard Arkwright (1732-1792) features on another panel and is illustrated together with his ground-breaking spinning machine, next to pilot Amy Johnson (1903- 1942) who flew the first solo flight from Britain to Australia in the aircraft. She is illustrated alongside this very plane, the De Havilland Gipsy Moth.

Award winning illustrator Quentin Blake was born in London in 1932 and has drawn ever since he can remember!  His first illustrations were published in Punch when he was just 16 years of age and still at school. He first entered the world of children’s books, for which he is best known, in 1960, with A Drink of Water by John Yeoman. It is for his collaborations with writer Roald Dahl that he is perhaps most famous—and on whose beloved character Matilda the artist has just this month released a series of drawings to re-imagine her as an adult, 30 years after the book was first published.

Since the 1990s, Quentin Blake has had an additional career as an exhibition curator, curating and illustrating shows in many esteemed spaces including The National Gallery, The British Library and the Musee du Petit Palais in Paris.

Quentin comments: "I had a very enjoyable time working on the series of pictures that Dame Mary Archer asked me to produce for The Rosie Birth Centre, so that the prospect of another set of images for a public space—although of a different kind—was irresistible."

The artworks will be unveiled to the public on Friday 19 October.