Tuesday 3 October 2017: The Science Museum today opens Illuminating India, a season taking an international perspective on the remarkable contributions of the Indian subcontinent to global science and culture over the last 5000 years.

Illuminating India is a season of two major exhibitions, specially commissioned artworks and high-profile events launching during the British Council UK/India 2017 year: a celebration of the long-standing relationship between the UK and India which will see cultural events, exhibitions and activities taking place in both countries. It tells the stories of the Indian innovators and thinkers who have often been overlooked or written out of Western narratives of history.

One exhibition, Illuminating India: 5000 Years of Science and Innovation, will celebrate India’s central role in the history of science and technology by exploring its influential contributions to subjects as diverse as space exploration, mathematics, communication and engineering.

As the Survey of India celebrates its 250th anniversary, the Science Museum will share the inspiring stories of scientists, technologists and thinkers, introducing visitors to a strong tradition of scientific thought in India from the ancient past to the present day. A folio from the Bakhshali Manuscript, on loan from the Bodleian Libraries and recently proven to show the world’s oldest recorded origin of the zero symbol that we use today, is a highlight of the exhibition, demonstrating the country’s pioneering development of influential mathematical ideas, which include infinity and algorithms.

Objects also on display will range from some of the earliest standardised weights originating from the Indus Valley Civilisation in 3000–2500 BCE to a payload developed for launch this year as part of India’s flourishing space programme. Using these objects and the stories of the people behind them, the exhibition will explore the country's expertise in observation, calculation and innovation and emphasise the long-standing importance of science in India for understanding the world and creating a better society.

From mathematical genius and autodidact Srinivasa Ramanujan to the Indian Space Research Organisation’s Moumita Dutta, and from scientist Jagadish Chandra Bose to the ordinary people using the lifesaving Embrace Baby Warmer in remote communities, the exhibition will show how the people, geography and culture of India have had a profound impact on global scientific advancement throughout history.

His Excellency Yashvardhan Kumar Sinha, High Commissioner of India, said: ‘There is a long tradition of science in India that we need to recognise and celebrate and I am very happy that the Science Museum has taken the initiative to bring this to the attention of the rest of the world. I am delighted that the High Commission has joined in this effort for the 2017 Year of India Culture in the UK.’

Another exhibition, Illuminating India: Photography 1857 –2017, will be an ambitious and unprecedented survey of the technological and cultural development of the medium in India, examining photography’s changing role in charting the recent history of the country. 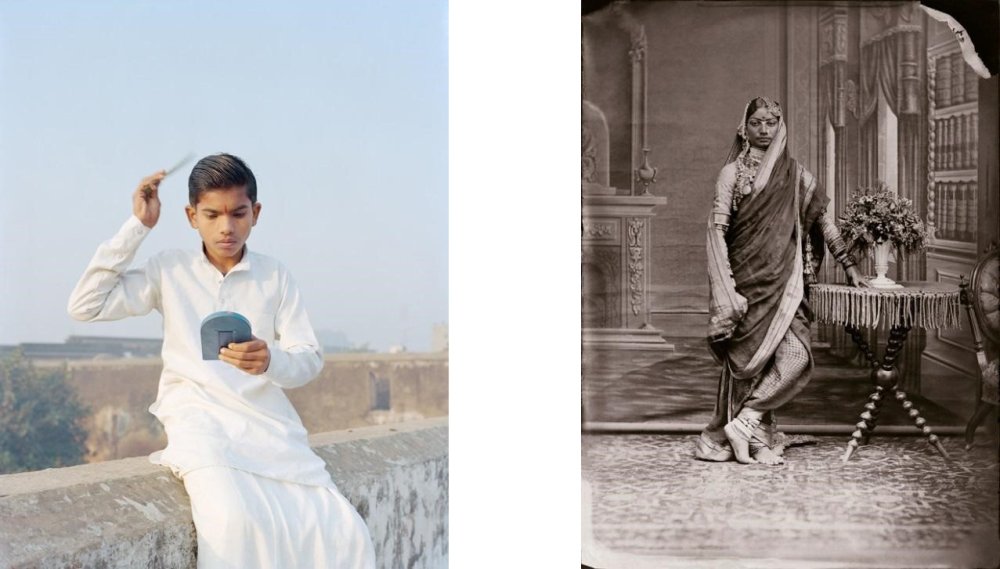 This exhibition is the first to trace an arc from the beginnings of photography in India in the mid-19th century to the present day, and pivots around 1857 and 1947: two key dates in India’s recent history.

Looking at those photographers who have been inspired by their own experience of the country, the exhibition explores evocative works from a roster of eminent international practitioners, from India’s first known photographer, Ahmad Ali Khan, to award-winning contemporary photographer Vasantha Yogananthan.

Arriving in India shortly after its invention in Britain in 1839, photography became a powerful tool in the hands of military men and colonial administrators in the drive to document and dominate the people, architecture and landscapes of the subcontinent. Western art history has tended to overlook the Indian photographers working contemporaneously with the first foreigners from the 1850s onwards. This exhibition aims to explore their work afresh in an international context as Indian art photography pioneer Marahaja Ram Singh II is exhibited alongside Samuel Bourne and the country’s first female photojournalist, Homai Vyarawalla, is shown with contemporary Henri Cartier-Bresson.

Drawing on exceptional loans from diverse international collections, some of which will be shown for the first time in the UK, the exhibition offers a visually sumptuous history of photography in India. From the very first fragile salt prints to the latest digital imagery, every iteration of the photographic medium will be on display. Photography 1857 –2017 reveals how illuminating a subject India has been for photographers across three centuries: and shows in turn how photography has illuminated India to the viewer, both as place, and as idea.

Ian Blatchford, Director of the Science Museum Group, said: ‘India’s history and culture are built on a rich tradition of scientific thought and innovation. The stories we will be showcasing through this vibrant season not only shaped India but had global significance. By taking a global perspective on the development of science, technology and photography, we hope to engage new audiences and strengthen international relationships between British and Indian scholars and cultural institutions.’

Especially for the Illuminating India season, artist Chila Kumari Burman (whose work has recently been exhibited at the South London Gallery and Middlesbrough Institute of Modern Art as part of the exhibition The Place Is Here) has been commissioned by the Science Museum to create a series of artworks responding to the theme of Illuminating India and to the objects and stories in the exhibition 5000 Years of Science and Innovation.

An extraordinary series of public events will run during the Illuminating India season at the Science Museum, including film screenings, workshops, panel discussions and live performances.

For further information please contact Simon Thompson on 020 7942 4357 or simon.thompson@sciencemuseum.ac.uk.

About the Science Museum
As the home of human ingenuity, the Science Museum and its world-class collection form an enduring record of scientific, technological and medical achievements from across the globe. Welcoming over 3 million visitors a year, the Museum aims to make sense of the science that shapes our lives, inspiring visitors with iconic objects, award-winning exhibitions and incredible stories of scientific achievement. More information can be found at sciencemuseum.org.uk.

About UK/India 2017
UK/India 2017 is a year-long celebration of the long-standing relationship between India and the UK, which will see a vast programme of cultural exchange and activity take place in cities across both countries. Working with a huge number of partners and institutions, the British Council is developing a programme of cultural activity which will connect and inspire people in both countries, and strengthen and celebrate the UK and India’s cultural ties. For more information on UK/India 2017 please visit britishcouncil.in.

About Chila Kumari Burman
Brought up in Liverpool and educated at the Slade School of Fine Art in London, Chila Kumari Burman has worked experimentally across printmaking, painting, sculpture, photography and film since the mid-1980s. She draws on fine and pop art imagery in intricate multi-layered works which explore Asian feminism and her personal family history, and where Bollywood bling merges with childhood memories. From bindis and other fashion accessories to ice cream cones and ice lolly wrappers, Chila often uses everyday materials in her work, giving new meaning to items which others may see as worthless, cheap or kitsch. Burman’s work is held in a number of public and private collections including Tate, Victoria and Albert Museum and the Wellcome Collection in London, Arts Council, British Council and Devi Foundation in New Delhi. Chila is currently exhibiting at the South London Art Gallery and Middlesbrough Institute of Modern Art. The Attenborough Arts Centre in Leicester will host an exhibition of her works in December 2017.