The Science Museum is set to become Europe’s leading destination for film fans, bringing together IMAX 70mm film and next-generation IMAX® with Laser alongside incredible objects of scientific discovery to present a truly immersive story-telling experience. 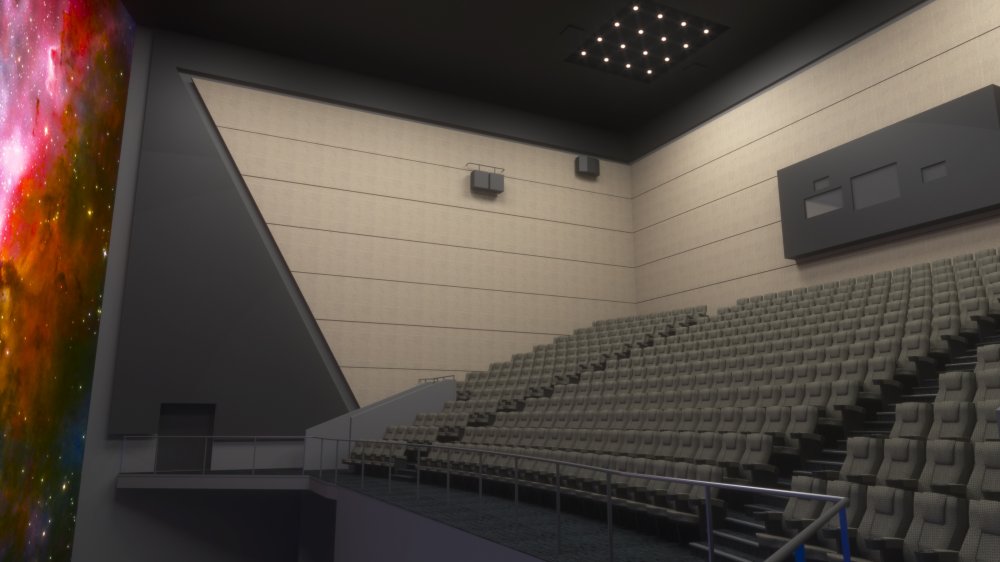 Due to open in summer 2020, IMAX: The Ronson Theatre will be one of only two screens in Europe to feature the very best of digital and analogue cinema side by side, allowing the museum to host newly-released blockbusters, 3D educational films and cinema classics as well as an array of live events. Joining the Science Museum’s IMAX 70mm film projector will be the new IMAX with Laser system featuring dual 4K laser projectors, providing film fans with a rare opportunity to view the cult favourite format and the latest in immersive IMAX technology on one screen.

The Science Museum’s IMAX Theatre opened its doors in 2000 and has since shown some of the biggest blockbusters in 70mm from JJ Abram’s Star Wars: The Force Awakens, Star Wars: The Last Jedi and Rogue One: A Star Wars Story to Christopher Nolan’s Interstellar and an unrestored print of Stanley Kubrick’s 2001: A Space Odyssey. It is a unique place to experience IMAX, with visitors able to enjoy the highest quality cinema experience in a museum where the stories of humanity’s greatest scientific achievements are told. In 2017, fans of Nolan’s Dunkirk exited screenings to the view of real Hawker Hurricane and Spitfire aircraft from the Second World War, while viewers of Apollo 11: First Steps Edition could also see a training console used by Apollo astronauts and the extraordinary Command Module which carried the Apollo 10 crew to the Moon and back in 1969.

The IMAX Theatre has welcomed to its stage some of the greatest minds in science and culture. In 2013, Professor Stephen Hawking gave a lecture on physics and our universe, and in 2015 he shared the stage with the first person to walk in space, cosmonaut Alexei Leonov. From a conversation between will.i.am and Bill Gates, a Q&A with Christopher Nolan and a talk on AI in music chaired by Jarvis Cocker to the TEDxLondon Conference and a live recording of the Guilty Feminist podcast, the IMAX Theatre has been at the heart of science and culture for the last 20 years.

The new IMAX: The Ronson Theatre will be home to the best projection technology available allowing an even greater variety of IMAX films to be shown. With an aspect ratio of 1.43:1, the museum’s original IMAX projector offers viewers up to 40% more film image on screen than in standard cinemas, combining the largest, clearest images with specially created sound for a high-quality viewing experience. Meanwhile, the new IMAX with Laser will deliver brighter images with greater contrast as well as the widest range of colours available to filmmakers. The refurbishment will also see the introduction of IMAX’s incredible 12-channel sound system, producing a thrillingly immersive 3D sound experience.

The design by Ellis Williams Architects, who recently completed a major refurbishment of the Leicester Square Odeon, features modern cinema seating for visitors to enjoy films and events in maximum comfort, while a new concessions area will complete the cinema-going experience with a relaxed seating area and refreshments bar.
The redevelopment has been made possible by the kind support of The Gerald and Gail Ronson Family Foundation.

Sir Ian Blatchford, Director of the Science Museum Group, said: ‘Cinema has an incredible power to spark our imagination and bring ideas to life. This generous donation from the Gerald and Gail Ronson Family Foundation will allow our visitors to be transported through immersive cinema technologies to the heart of some of the most exciting scientific adventures of our time.’

Mark Cutmore, Head of Commercial Experiences, Science Museum Group, said: ‘Modern cinema audiences expect a high quality, comfortable experience and they’ll get that and more at IMAX: The Ronson Theatre. We’re thrilled to provide our visitors with such a unique offer for film fans and we’re excited to show new 3D educational films alongside classics, from Stanley Kubrick’s 2001: A Space Odyssey to Christopher Nolan’s Interstellar, and the latest blockbusters.’

Nicole Ronson Allalouf, Trustee of The Gerald and Gail Ronson Family Foundation, said: ‘The Science Museum has inspired and educated generations of people of all ages from around the world with stories of human achievement and scientific excellence for over one and a half centuries. We are very proud to be able to support this pioneering project in such a unique environment to further enhance visitors’ understanding and experience of the world we live in and beyond.’

The museum’s IMAX Theatre will be closed from 2 February 2020 to allow the redevelopment work to take place. IMAX: The Ronson Theatre is due to reopen in summer 2020; further details and programme of events will be announced in due course.

For further information and enquiries about press tickets, please contact Amrita Pal, Press Officer, on 020 7942 4096 or Amrita.Pal@ScienceMuseum.ac.uk. Images can be downloaded here: we.tl/t-9XKljCfn2A

The IMAX Theatre has also hosted a wide range of events featuring some of the biggest names in science and culture, from a lecture by Professor Stephen Hawking, the TEDxLondon conference and a live recording of Guilty Feminist to talks from musicians will.i.am, Jarvis Cocker and Brian May. In addition, the IMAX Theatre has held a growing number of live performance events, with concerts by Portico Quartet, Public Service Broadcasting, Radiophonic Workshop and Factory Floor in recent years, and a huge number of comedy, dance and theatre performances.

About the Science Museum
As the home of human ingenuity, the Science Museum’s world-class collection forms an enduring record of scientific, technological and medical achievements from across the globe. Welcoming over 3 million visitors a year, the Museum aims to make sense of the science that shapes our lives, inspiring visitors with iconic objects, award-winning exhibitions and incredible stories of scientific achievement. More information can be found at sciencemuseum.org.uk.

The Foundation is the result of a lifetime’s dedication to philanthropy from one of the UK’s foremost businessmen, Gerald Ronson CBE, together with his wife Dame Gail Ronson DBE and their daughters. The Foundation has made a demonstrable impact empowering people to build better lives for themselves.

About IMAX Corporation
IMAX, an innovator in entertainment technology, combines proprietary software, architecture and equipment to create experiences that take you beyond the edge of your seat to a world you’ve never imagined. Top filmmakers and studios are utilizing IMAX theatres to connect with audiences in extraordinary ways, and, as such, IMAX’s network is among the most important and successful theatrical distribution platforms for major event films around the globe.

IMAX is headquartered in New York, Toronto and Los Angeles, with additional offices in London, Dublin, Tokyo, and Shanghai. As of September 30, 2019, there were 1,568 IMAX theatre systems (1,473 commercial multiplexes, 14 commercial destinations, 81 institutional) operating in 81 countries and territories. On October 8, 2015, shares of IMAX China Holding, Inc., a subsidiary of IMAX Corporation, began trading on the Hong Kong Stock Exchange under the stock code “HK.1970.”

IMAX®, IMAX® 3D, IMAX DMR®, Experience It In IMAX®, An IMAX 3D Experience®, The IMAX Experience®, IMAX Is Believing® and IMAX nXos® are trademarks of IMAX Corporation. More information about the Company can be found at www.imax.com. You may also connect with IMAX on Facebook, Twitter and YouTube.