In 1922 the BBC transmitted its first radio programme, marking the beginnings of official state broadcasting and a new era for listeners at home.

Speaking clearly, with the authoritative intonation that would become iconic, he opened the transmission at 18.00 with:

In the years following the First World War, many former military radio operators became amateur radio enthusiasts, tinkering with their home-made sets to pick up transmissions, and transmitting their own talks or music. They used radio to share their discoveries, forming a community of fellow experimenters.

My main hobby in my schooldays was, as with many other boys of my generation, the making of radio receiving sets.... It was... as near magic as anyone could conceive, in that with a few mainly home-made components simply connected together one could conjure speech and music out of the air.

This community was delighted when the Marconi Company began to broadcast from a high-powered transmitter at its research station in Chelmsford, Essex, in 1920. It became a challenge to see how far from the transmitter you could receive the signal. To make life more interesting, the Marconi engineers began to broadcast music and entertainment rather than simple, dull test messages.

When was the first public radio broadcast in the UK?

This venture into entertainment proved too much for the General Post Office (GPO), which withdrew Marconi’s licence for broadcasting from Chelmsford.

The GPO’s clumsy intervention met with howls of protest from the ‘radio hams’. Some 3300 of them signed a petition calling for broadcasting to return.

The GPO conceded, and in 1922 Marconi began to broadcast popular entertainment, often devised and presented by its own engineers, from its transmitter 2MT at Writtle, near Chelmsford.

When was the BBC founded?

The GPO granted the Committee a monopoly on national broadcasting in early November, and soon afterwards a new company, the British Broadcasting Company, was established. It was funded partly by licences levied by the GPO on radio sets.

The London transmitter, 2LO, was quickly networked to new transmitters in London, Manchester, Birmingham and Newcastle.

At the end of 1926 the BBC was nationalised and became the British Broadcasting Corporation. John Reith, General Manager of the former company, became the first Director General.

Under his influence, the BBC set out its mission to “inform, educate and entertain”.

The reach of the BBC expanded rapidly during its early years and in 1932 it inaugurated the Empire Service. Later the World Service, it broadcast from 5XX in Daventry, Northamptonshire and found a worldwide audience.

Did the radio service take off?

For listeners, radio broadcasts were a novelty at first. The GPO had issued only around 30,000 licences for radio receivers by the time of the first BBC transmission. The amateur community continued to flourish, friends clustering round the inconsistent and unamplified crystal sets using headphones to listen.

However, as commercial radio sets became available, homes began to feel unfurnished if they did not have one.

By the end of 1939 there were nearly 9 million licence-holders—and many more listeners—in Britain.

When that same year Prime Minister Neville Chamberlain had to break the painful news that war had been declared on Germany, it was quite natural for him to do it through the pervasive medium of radio.

While the BBC Home Service broadcast to listeners on the home front, throughout the war the Empire Service spread Britain’s point of view around the world.

What types of programme could you hear in the early days of radio?

News was the bedrock of BBC programming, although to begin with news programmes went out only in the evening as a concession to the newspapers who feared losing their customers.

Music, drama and comedy provided entertainment, but Reith decreed that only solemn programmes could be broadcast on the BBC on Sundays.

Everyone listening to the radio heard the same programmes, delivered in the same ‘received pronunciation’, otherwise known as BBC English. In the post-war period this single national service has gradually diversified and regional accents are increasingly commonplace in BBC broadcasting.

When did the BBC lose its monopoly?

Until 1945, when the Light Programme was launched for light entertainment, the Home Service was the only BBC channel for listeners in Britain.

From the early days, listeners had been able to pick up lively shows from foreign commercial stations such as Radio Luxembourg, launched in 1933. The 1960s also saw the rise of offshore pirate stations like Radio Caroline, which were increasingly popular with younger listeners.

Despite this, the BBC maintained its legal monopoly on British radio broadcasting until the 1970s, when the first independent commercial stations were licensed.

People of different ages and interests now choose from a plethora of radio and TV programmes broadcast across multiple media platforms, including the Internet. 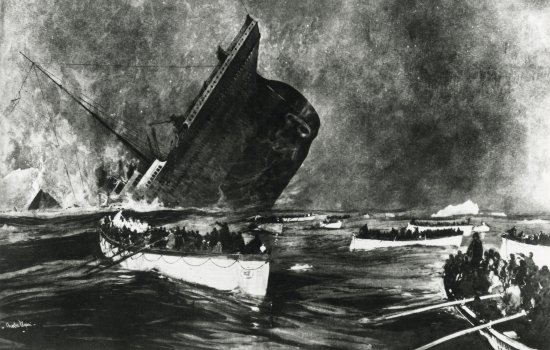 Titanic, Marconi and the wireless telegraph

The dramatic rescue of over 700 survivors from the Titanic disaster was made possible by wireless telegraphy. 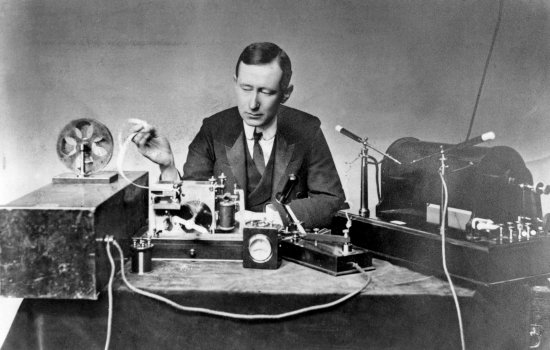 How has wireless telegraphy shaped the modern world?