Boom and bust: Telegraphy and the Wall Street Crash

New and longer distance telegraph cables accelerated communication in the 19th century, speeding up the modern world. What impact did this have on the fragile world of finance during the Wall Street Crash of 1929?

What is a teleprinter?

The British physicist Charles Wheatstone had invented an early version of a teleprinting device in 1837.

Printing telegraphs allowed anyone to set up a telegraph link and read messages in ordinary alphabetic characters instead of having to interpret Morse code—a boon to business, as decisions could be made based on up-to-date, accurate information.

How was teleprinter technology developed?

Since the end of the 19th century, teleprinters had been improved to the point that they could be operated by anyone familiar with a typewriter keyboard without further training. The keyboard produced paper tape punched with the 5-unit Baudot code, which drove the transmitter; a similar system translated the message as it arrived.

A successful telegraph printing system required both transmitter and receiver to remain in absolute synchrony, so that the message did not become jumbled. In 1912, the Americans Joy Morton and Charles Krum added automatic start and stop codes before and after each five-unit letter code.

The machines at the sending and receiving ends started and stopped as each successive letter was transmitted. This maintained absolute synchrony cheaply and simply.

How was telegraphy used in the world of finance?

The teleprinter became an essential item of office equipment for anyone working in a fast-moving area of business, and was of huge benefit to traders in financial markets, enabling them to keep up with the latest prices.

The New York Stock Exchange (NYSE) installed a specialised form of teleprinter known as a stock ticker. Unlike ordinary teleprinters, it did require expert operators who had to learn a specialised set of codes and abbreviations.

Throughout the day they typed in share price changes as they received them, handed up from the floor on paper slips.

Display boards on the trading floor and ticker tape spooled out from teleprinters in offices and gentlemen's social clubs across the US communicated the latest share values. Price changes reached traders in seconds or minutes.

Explore stock tickers and teleprinters from our collection:

What happened on Black Monday?

Monday 28 October 1929 – 'Black Monday' – saw a huge jump in the level of trading and the deafening roar of the brokers became even more desperate as they struggled to communicate what was going on.

Engineers installed new banks of phones, but there was no time to train new stock ticker operators.

The slips of paper that recorded the trades piled up faster than anyone could process them. The delay steadily increased between parties completing a trade and the details spooling across the screens or out of the teleprinters.

Trading on the floor ceased at 16.00, but the keyboard operators continued to work through the piles of slips. It was not until 19.45 that the stock tickers finally went quiet.

What was the Wall Street Crash?

Tuesday 29 October 1929 was the busiest day the New York Stock Exchange had ever seen. Traders were jittery after prices had fallen throughout the previous day.

The 16 million trades that took place, mostly sales by stockholders desperate to get out of a falling market, inevitably precipitated a further fall. Over two days, the frenzied selling wiped $30 billion off the total share value.

The Wall Street Crash burst a 'bubble' of rising share prices fuelled throughout the 1920s by speculators gambling that prices would never fall, and paying for their shares by borrowing. The depression that followed caused widespread unemployment and left people on the breadline.

A contributing factor to the crash was that the volume of trades overwhelmed the NYSE's efficient and essential system of telecommunications based on tickertape machines, leaving traders desperate for accurate information.

Without the latest prices from the stock tickers, brokers and clients had agreed sales or purchases based on out-of-date information. Fortunes were lost, and it took years for the world's economies to recover.

Despite what happened during the Wall Street Crash, the financial sector became ever more dependent on telecommunications.

Over time, the paper stock tickers were replaced by newer digital networks. The London Stock Exchange retired its tickers in 1959, and less than 30 years later, in 1986, the City of London adopted fully electronic trading in a revolution known as the 'Big Bang'.

Money now flows from buyer to seller almost instantly. Movements in prices trigger many trades automatically, and computers complete them with no human intervention.

However, all this technology was not enough to avert the financial crisis of 2007–08. It wasn't necessarily to blame though—as in the case of the Wall Street Crash, it was technology's human operators looking for short-term gain who failed to see where housing bubbles and excessive credit would lead. 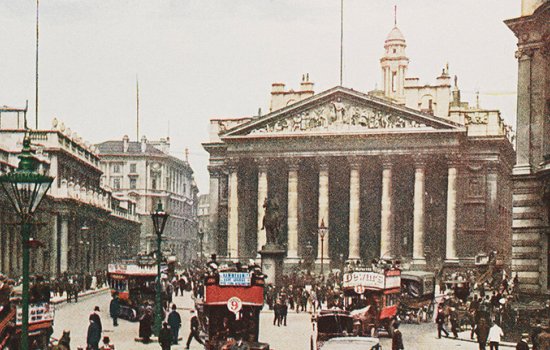 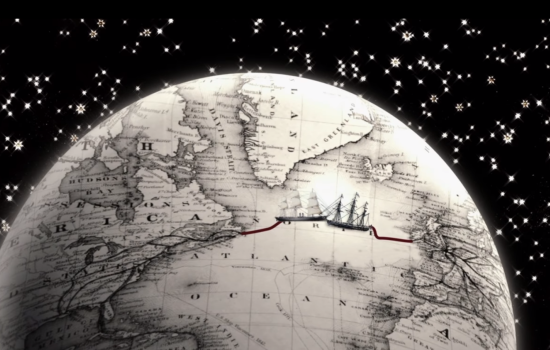