Epidemics can bring devastation to a community. But past epidemics have taught us valuable lessons about how to deal with infectious diseases and about the communities that experienced them.

An infectious disease reaches epidemic proportions when it spreads to a large number of people in a relatively short amount of time. Humans have experienced epidemics for as long as they have lived together in communities. But once people started to travel around the world in significant numbers, they carried infectious diseases with them and epidemics became pandemics—disease outbreaks on global proportions.

The Black Death, as the plague was called in the 1200s, was one of the earliest pandemics that we know about. In many ways it defined how people would respond to large-scale outbreaks of disease in the future. Some of the measures developed to fight the plague are still used today. The world experienced two subsequent plague pandemics.

Smallpox is another epidemic disease that has existed in communities for centuries. But it has a unique place in the history of epidemics as the only infectious disease to be totally eradicated from all human populations.

The story of smallpox is intimately related to the story of vaccination, the technique developed by William Jenner to prevent people catching smallpox. Vaccination has been hugely successful in preventing and controlling the spread of infectious diseases but since its earliest days vaccination has caused controversy.

At the start of the 1900s, most infectious diseases were in decline, but incidents of poliomyelitis (polio) began to rise, reaching epidemic proportions by mid-century. Working out why this previously rare disease of childhood (also known as infantile paralysis) was on the rise and impacting whole communities was a true medical detective story. 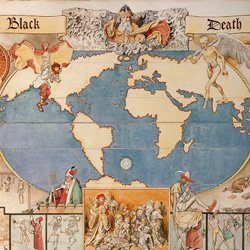 The impact of the bubonic plague epidemics of the past still echo across the centuries, reminding us of the devastation that disease can inflict on whole communities. 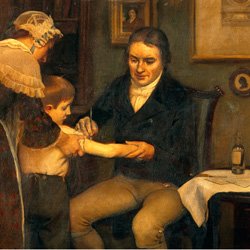 Smallpox and vaccination are intimately connected. Jenner developed the first vaccine to prevent smallpox infections. And the success of his vaccine led to the global eradication of smallpox and the development of many more life-saving vaccines.

Read more about smallpox and vaccination 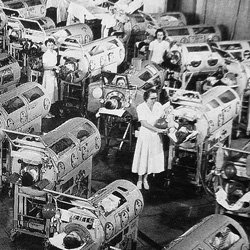 While many infectious diseases began to decline by the end of the 1800s, incidents of polio increased to epidemic proportions. What was going on? 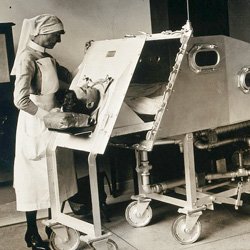 This coffin-shaped contraption was used for the most dangerous forms of polio, when the disease paralysed the lungs. It saved the lives of thousands of polio victims who couldn't breathe on their own.

Read more about the iron lung 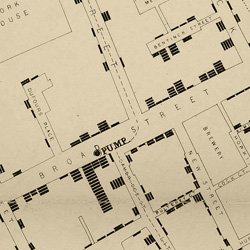