How did the UK switch to digital television?

How does digital television work?

Digital television uses a digital signal instead of a radio signal to transmit programmes. Information in a digital signal is transmitted as 1s and 0s—binary bits—which are put back together at the receiving end to form picture and sound.

Digital signals can be compressed more efficiently, so they use up less bandwidth on the electromagnetic spectrum. This bandwidth is a limited resource used in all radio and television transmissions and many other communication systems such as mobile phone networks.

These signals offer the potential for more channels and better picture quality.

When was digital TV first introduced in the UK?

On 30 March 2005, two tiny communities near the town of Carmarthen in West Wales became the first in the UK to receive their television signals exclusively in digital form.

The government conducted the Digital Switchover Technical Trial in Ferryside and Llansteffan in partnership with several broadcasting interests.

They hoped to learn how viewers would react, and what they would need to make the switch successfully.

How and why was the technology tested?

These two villages were selected as test sites for a number of reasons. They were covered by the same transmitter, which had enough capacity to broadcast analogue and digital signals simultaneously for a trial period.

There was a good local supplier of digital set-top boxes. Their populations had a high proportion of elderly people and vulnerable residents thought most likely to find the change difficult.

With an average of almost three sets per household, they watched a lot of TV. But despite having a limited choice of terrestrial channels—just four, including the Welsh language channel S4C—fewer viewers had installed digital satellite TV than the average for Wales. So, the villages made a good testing ground for the switch to digital television.

The project team designed the trial to assess the ability of consumers to make the necessary changes to their equipment: they expected all but the most elderly to acquire and install the new set-top boxes themselves.

How did people react to digital TV?

The trial, which provided subsidised digital set-top boxes and digital video recorders to 475 homes, was a triumphant success. Members of the community who had feared losing their television reception were instead delighted at the number of channels they were now able to receive, without the need to buy a new TV.

Concerns about vulnerable residents ability to make the switch proved not to be an issue. As well as the friendly local retailer who delivered the boxes and ran a telephone helpline, the more tech savvy in the community helped those who were less digitally aware.

“I’ve gone from being quite a reluctant digital viewer to having three TVs all digitally-enabled and a DVD. Now I’m totally 21st century!”

At the end of a three-month trial of simulcasting in digital and analogue form, the project team asked the residents whether they wanted to switch to the digital service for good. Over 99% of those who responded said yes. The switchover went without a hitch.

Were there objections to the switchover?

The British government departments had initially been reluctant to accept the industry’s proposal to move to digital.

They feared that if consumers were forced to replace perfectly good sets in order to watch television there would be an outcry.

The impact was expected to be greatest on those least likely to be able to cope with change.

The digital television industry, represented by the Digital TV Group, persisted. Satellite and cable TV were already delivering hundreds of channels, and free terrestrial TV would have to keep up.

When was the analogue signal switched off?

In 2001, Tessa Jowell, the Secretary of State for Culture, Media and Sport, accepted the arguments and announced an ambitious set of key milestones that would lead to a national digital switchover by 2012.

The telecoms regulator Ofcom would see to fair play, and the government set strict rules to ensure that a “digital divide” did not leave the most vulnerable behind. This framework underpinned the trial in Ferryside and Llansteffan.

Following the successful Welsh trial, the digital switchover project rolled round the country between 2007 and 2012.

Publicity featured ‘Digit Al’, the bug-eyed friendly robot who popped up on TV and in the press to ask “Are you ready for the digital switchover?”

Many adopted the advantages of the Freeview terrestrial digital service long before the end of analogue in late 2012. When the big day came, they barely noticed. 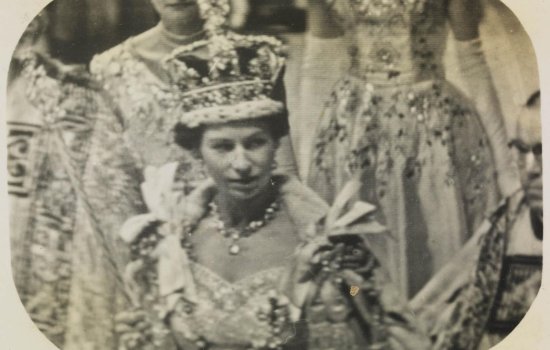 Find out how one royal celebration cemented the TV set’s place in our living rooms. 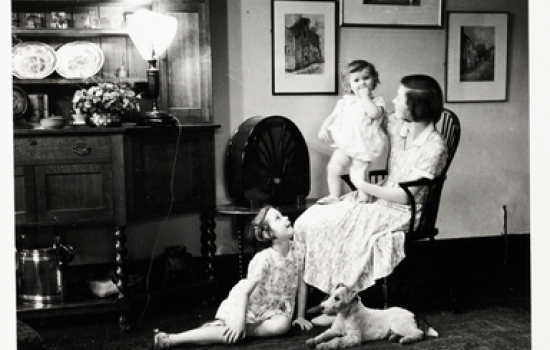 Find out about the people and technology behind the first BBC radio broadcast. 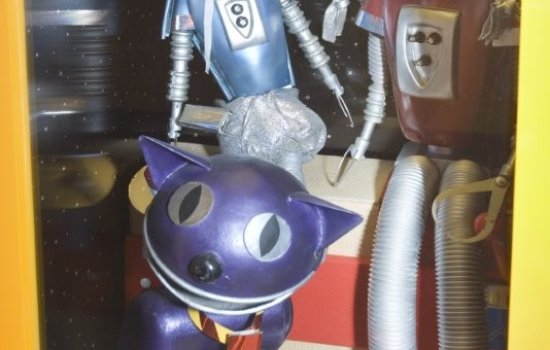 Find out how television and commercials have influenced each other over 65 years of TV advertising in the UK.