The invention of mobile phones

At the dawn of the 1980s, engineers raced to build a cellular phone network from scratch, changing the way we communicate forever.

In the 1970s, television audiences all over the world were familiar with the notion of a hand-held two-way communication device, as seen in the hands of Captain Kirk and Mr Spock in the Star Trek series that began in the late 1960s.

The reality was far from this ideal.

Two-way radiophones had been helping police and military personnel to stay in contact in fast-changing situations since before the Second World War.

But these small, private networks required bulky equipment and were inaccessible to the public.

How were mobile phones invented?

In the 1970s, researchers at Bell Labs in the USA began to experiment with the concept of a cellular phone network. The idea was to cover the country with a network of hexagonal cells, each of which would contain a base station.

These base stations would send and receive messages from mobile phones over radio frequencies. Any two adjacent cells would operate at different frequencies, so there was no danger of interference.

The stations would connect the radio signals with the main telecommunications network, and the phones would seamlessly switch frequencies as they moved between one cell and another.

By the end of the 1970s the Bell Labs Advance Mobile Phone System (AMPS) was up and running on a small scale.

Meanwhile, Martin Cooper, an engineer at the Motorola company in the US, was developing something that came close to the Star Trek communicator that had fascinated him since he first saw it on TV.

We knew that people didn’t want to talk to cars, or to houses, or to offices; they want to talk to other people ... What we believed was that the telephone number should be a person rather than a location.

Martin Cooper, the engineer from Motorola, developed the first hand-held phone that could connect over Bell’s AMPS.

Motorola launched the DynaTAC in 1984. It weighed over a kilogram and was affectionately known as The Brick, but it quickly became a must-have accessory for wealthy financiers and entrepreneurs.

At almost $10,000 at today’s prices, it was not for the ordinary telephone subscriber. The 1987 movie Wall Street cemented its status as an icon of wealth and greed when it showed ruthless financier Gordon Gekko, played by Michael Douglas, walking along a beach talking into his DynaTAC.

What were the first mobile phone networks?

The new mobile technology presented a problem in the USA, where the administration wanted to curb the dominance of AT&T, and in Britain, where Margaret Thatcher’s government wanted to move away from British Telecom’s state monopoly on telecommunications.

The US approach offered contracts to two companies in every city, which resulted in a confusing mish-mash of incompatible networks.

The British government took a different approach. In 1982 it licensed two companies, Cellnet and Vodafone, to operate the country’s first cellular phone networks.

The first calls on the UK mobile network

British engineers developed expertise as ‘radio planners’, mapping the topography as well as the distances as they devised the optimal arrangement for the mobile phone network’s base stations. Too far apart and they would leave holes in the coverage; too close together and the signals would interfere with each other.

The first base stations, large and heavy pieces of kit, were installed in 1984. During a trial period engineers drove around the country making calls to patient volunteers to test the signal strength.

They each expected to win up to 20,000 subscribers within ten years. To their astonishment, three years later they had over half a million subscribers, and network coverage reached 90 per cent of the population.

A strong market for mobile technology drove the development of smaller and cheaper phones until there was one to suit every pocket.

It was teenagers—always cultural innovators—who developed extraordinary dexterity and (OMG!) a whole new language of abbreviations, initials and emoticons in the 1990s, as sending text messages became an integral part of their social interaction.

No one would have been more surprised at this development than the companies who first invested in cellular mobile phone networks, thinking they might have a market among wealthy businesspeople keen to acquire the latest gadget.

Countries besides the UK and USA also developed their own networks, and calls stopped at their borders. Taking their lead from the Nordic countries, which had cooperated to develop networks, a group of European government and industry technocrats came together in 1980 to work towards a common standard.

One of the leading figures was Stephen Temple of the UK’s Department of Trade and Industry (DTI). In 1987 European leaders met in Bonn to sign the agreement that would allow mobile phone users to roam from one country to another, hopping from network to network.

The common standard agreed in 1987 was called GSM. Originally, it was named for the Groupe Spécial Mobile who had thrashed out the terms, but this subsequently changed to Global System for Mobile Communications.

Unlike the first cellular networks, which had used analogue signals, GSM systems would transmit digitally: they were known as ‘second generation’ or 2G systems.

They would initially use a single radio frequency band, 900 MHz, across Europe, ensuring that users could pick up a signal wherever they were. They would include provision for SMS (short message service, or texting), and would have increased security features.

It wasn’t long before other countries made the decision to adopt the GSM standard, which was a great improvement on what was available in the US.

Nine out of ten people in the world today are now within reach of a terrestrial GSM network. But the rise of smartphone technology has changed the communication landscape again—what will the next mobile revolution look like? 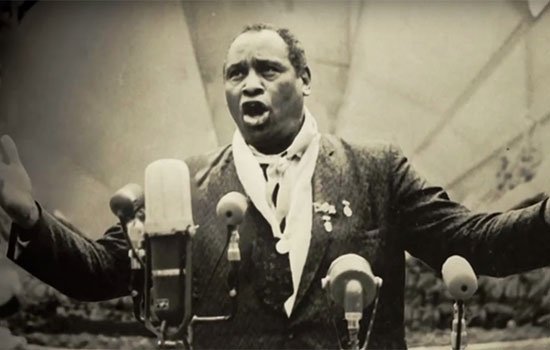 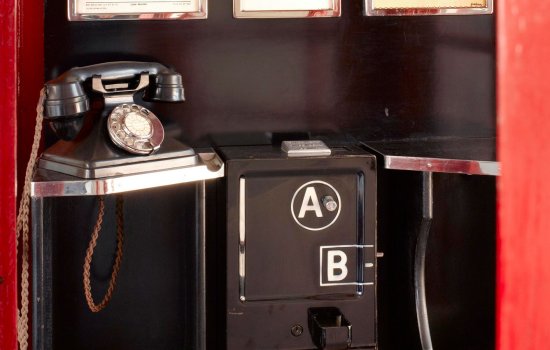