We take surgery for granted, but not so long ago even the smallest procedure could be deadly if infection entered the body. Antisepsis gave us a way to prevent surgical infections and make surgery safe.

Antisepsis is the method of using chemicals, called antiseptics, to destroy the germs that cause infections. It was developed by the British surgeon Joseph Lister.

Read more about the life of Joseph Lister

The challenge of surgical infection

In the 19th century, even when an operation or treatment had been successful, the patient often died from a host of infection-related conditions like sepsis and gangrene.

No one knew the cause of infections or how they were spread, although there were many theories. Infection was the final challenge in making surgery safe.

Surgery was still a young profession when Lister decided to study medicine in 1844.

Anaesthetics had only just been introduced, making surgery pain-free for the patient, and allowing the surgeon to try more complicated and time-consuming procedures.

Unfortunately, this led to a dramatic increase in the number of deaths from surgical infections. As one prominent surgeon dramatically declared:

'A man laid on the operating table in one or our surgical hospitals is exposed to more chance of death than was the English soldier on the field of Waterloo.'

Like all surgeons of his day, Lister had an intimate knowledge of infection.

In his first job as a surgical dresser he accompanied the surgeon on his rounds, cleaning and re-dressing surgical wounds, seeing first-hand the various levels of decaying flesh, pus and other bodily secretions resulting from infections.

When he became an experienced surgeon, Lister would use his home laboratory to investigate the nature of infection, assisted by his wife Agnes. He also extended his research to clinical trials in the hospital, establishing a reputation as an exceptional surgeon.

The science of germ theory

The French scientist Louis Pasteur speculated that the spread of microorganisms (called germs) in the body could explain infectious disease. This was known as the Germ Theory of Disease. Although he never tested the theory, Pasteur suggested that a disease might be controlled by exposing the wound to germ-killing chemicals.

In 1864, while working at Glasgow University as Professor of Surgery, Lister was introduced to Pasteur’s germ theory of disease, and he decided to apply it to the problem of surgical infections.

He looked for ways to prevent germs from entering a wound by creating a chemical barrier—which he called an antiseptic—between the surgical wound and the surroundings. The chemical he chose to use was carbolic acid, which killed the germs on contact.

Lister began to develop his antiseptic techniques through experimentation and clinical trials, regularly publishing his findings. Reception to his theory was mixed.

Because they didn't accept that germs caused infections, many surgeons found the antiseptic system excessive and unnecessarily complicated. Some thought that Lister was claiming carbolic acid as a cure for infections, not as one way to prevent them!

Lister applied the principle of an antiseptic barrier to a set of procedures for the operating room that are illustrated in the gallery below.

The procedures, along with the instruments that he invented, were designed to prevent germs from coming into contact with the open wound. He introduced weak carbolic hand washes for surgical staff and carbolic acid baths for the instruments. He used solutions of carbolic acid spray to reduce the level of germs in the air around the patient.

As the number of surgery related infections fell, the evidence that antisepsis worked became irrefutable and it was widely accepted by surgeons around the world. Lister even received Royal Approval when he used his carbolic spray during a surgical procedure on Queen Victoria.

The modern surgeon and infection control

In this film, Consultant plastic surgeon Charles Bain discusses how modern surgeons are concerned about controlling infection in every aspect of surgery, from maintaining a sterile environment to surgical techniques that minimise the risk of infection.

From antisepsis to asepsis

By the 1890s, wider acceptance of germ theory resulted in the emergence of the science of bacteriology, and new research revealed that antiseptics were not the only way to control infection. The German scientist Robert Koch demonstrated that dry heat and steam sterilisation were as effective as chemical antiseptics in killing germs.

The difference between antisepsis and asepsis

An antisepsis system destroys germs on the surgeon’s hands and instruments and in the immediate surroundings, using antiseptic washes and sprays as barriers to infection.

In asepsis, a sterile environment—free from germs—is created using a combination of hygienic and antiseptic measures such as heat, antiseptics and soap and water.

Based on Koch’s research, the German surgeon Gustav Neuber was the first to establish sterilization and aseptic methods in his operating room. Operating staff wore sterile gowns, caps and shoe covers, and instruments were made with flat surfaces that were cleaned in his newly invented autoclave.

Easy-to-clean walls, floors, storage and other surfaces were regularly washed with disinfectants. With the introduction of surgical gloves at Johns Hopkins Hospital in America, the elements of the modern sterile operating theatre were in place.

The discovery of antibiotics in the 1940s gave medicine a new way to tackle infection from inside the body, and for a while it seemed that asepsis might be less important.

But the rise of antibiotic-resistant bacteria such as MRSA have been a chilling reminder that the battle to control infections is never won, and aseptic and sterile practices are as important as ever.

In this film, Denise Amurao, a theatre nurse at Guys and St Thomas's Surgery Unit in London, talks about her responsibilities in maintaining a sterile environment in the operating theatre: 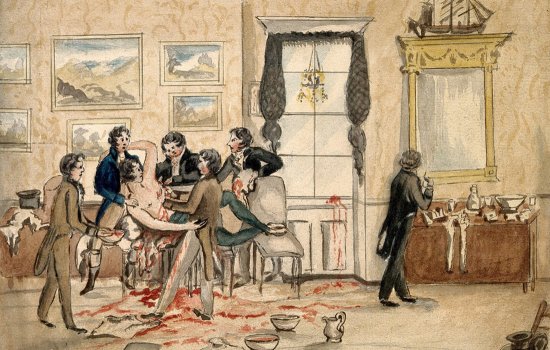 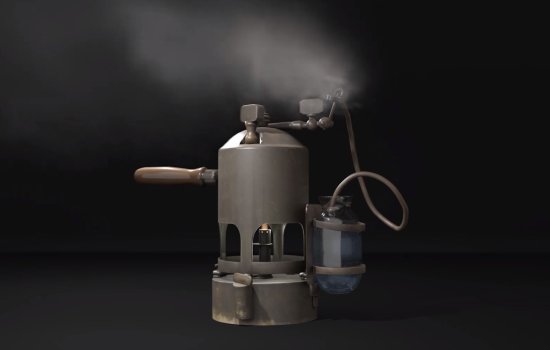