A psychiatric revival in the early 1900s led to a variety of new experimental therapies that didn't necessarily benefit patients.

The 1800s saw a huge increase in the number of new mental hospitals in the UK. As mental conditions were medicalised, people with a range of conditions from dementia to schizophrenia, as well as those with learning disabilities were removed from workhouses and prisons and sent to the new asylums.

But although it was agreed that people with mental conditions needed care and treatment there was little in the way of effective treatment for them. More and more people were sent to mental hospitals but very few returned to their old lives or were cured.

By the early 1900s, the public mental hospitals were overcrowded and underfunded places filled with people doomed to spend most of their lives there.

Psychiatry was stagnant and the emphasis was on care and control rather than cure. But the First World War gave psychiatry and psychology a renewed purpose as troops returned from the fighting with ‘war neuroses’ resulting from the stress and trauma of war.

In the 1920s and 1930s psychiatrists began to take a more experimental and interventionist approach to treating mental illness. Several new ‘heroic’ physical therapies were introduced, based on the belief that mental illness had a physical basis in the nervous system or the brain. Among the heroic therapies were:

Most psychiatrists who used these treatments had a genuine desire to help their patients. But the pressure to ‘empty the asylums’ also meant that some psychiatrists were too eager to claim success for unproven experimental therapies.

For powerless and vulnerable patients in these hospitals, it was difficult to resist the sometimes-reckless interventions of psychiatrists.

Insulin coma therapy (also called insulin shock therapy), was introduced in 1927 in Vienna by a Polish neurologist called Manfred Sakel. Sakel was using low doses of insulin to treat drug addicts and psychopaths. When one of his patients slipped into an accidental coma and woke with improved mental clarity, Sakel proposed that the treatment might work for other mental illnesses.

Over a period of weeks or months, patients were given increasing amounts of insulin to slowly build their tolerance. Sakel advocated 50-60 doses of insulin over several months until the dose was high enough for them to lapse into a coma. They remained in the coma-state until the doctor revived them with a glucose solution.

Insulin therapy was a labour-intensive treatment that required trained staff and a special unit. Patients with schizophrenia, who were the target group for the therapy, had to have the physical strength to withstand treatment. It was a dangerous and distressing procedure, and patients risked complications such as heart failure or brain haemorrhage, and possible death.

When they were woken from a coma, patients required continuous supervision because of the danger of hypoglycemic aftershocks (the consequence of very low sugar levels in the blood). There was also a risk of brain damage if the patient stayed in a coma for too long. In addition, patients invariably emerged from the long course of treatment with substantial weight gain.

Eventually, questions were raised about whether insulin shock therapy gave any real or lasting improvements in patients’ conditions, but nonetheless it continued to be widely used to treat schizophrenia throughout the 1940s and 1950s.

Laszlo Meduna (1896–1964), a Hungarian neurologist, noted that the same people never had both epilepsy and schizophrenia. He speculated that this might be because epileptic convulsions (also known as seizures) prevented schizophrenia.

In the 1930s, he tested his theory by inducing chemical convulsions in some patients with schizophrenia to see if their condition improved. After some experimentation he settled on the synthetic drug called cardiazol (known as metrazol in the USA) as the convulsive trigger.

In the absence of any effective treatment for schizophrenia, psychiatrists and neurologists turned to shock therapy as something to finally offer hope to their patients.

But patients grew to loathe and fear the therapy. Side effects included amnesia and violent and uncontrollable convulsions that sometimes resulted in shattered teeth, fractures and dislocations. In addition, the drug only seemed to give short term relief for symptoms, rather than a cure.

The most invasive of the physical therapies was psychosurgery, also called leucotomy or prefrontal lobotomy. As the name suggests, this was a surgical procedure in which the neural connections to and from the prefrontal cortex of the frontal lobes of the brain were severed.

John Fulton, a professor at Yale University picked up on observations made during the First World War that soldiers with brain damage to the frontal lobes (the dominant control centres of the brain) were often left in euphoric, giddy or childlike states. He experimented with a procedure called a lobectomy on chimpanzees to observe the effects on the animals’ behaviour.

In 1935, Egas Moniz, a Portuguese neurologist performed the first leucotomy on a human. His theory was that insanity was the result of fixed ideas that were supported by established neural pathways in the prefrontal lobes. By disrupting the neural pathways, Moniz believed that he could relieve many of the symptoms of mental illnesses. He claimed that the procedure was effective for anxiety, depression and agitated states.

At first, Moniz and his colleague Almeida Lima injected alcohol into the frontal lobes, but they modified the technique by using a tool to sever the neural links in the frontal lobes. The lesions were created with a tool called a leucotome, which had a retractable wire loop at one end that was inserted in the frontal lobes and rotated to tear the white matter of the frontal lobe. The procedure might be repeated several times if thought necessary.

The procedure was controversial from the outset, and offered low expectations of improvement, let alone a cure.

Psychosurgery had its admirers. In the USA, Walter Freeman (1895–1972) was an advocate and developed the procedure further, renaming it a lobotomy. But even Freeman had to admit that ‘every patient probably loses something by this operation… some spontaneity, some sparkle, some flavour of their personality’.

British psychiatrist Maurice Partridge, who conducted a follow-up study of 300 patients, said that the treatment achieved its effects by ‘reducing the complexity of psychic life’. Following the operation, responsiveness, self-awareness and self-control were reduced. Other side effects included disorientation in time and space, incontinence, and childish emotions.

Prefrontal lobotomies were both inefficient in terms of resources and of questionable therapeutic value, so Freeman developed a cheaper and more efficient technique: the transorbital lobotomy. An 'ice pick' or orbitoclast was inserted above the patient’s eyeball and through the boney orbital ridge to sever connections to and from the prefrontal cortex. A mallet was used to drive the orbitoclast through the thin layer of bone and into the brain, and the procedure was repeated in several directions.

The procedure allowed Freeman to perform ‘assembly line’ lobotomies at state mental hospitals, where the resident psychiatrists would identify patients for the procedure and have them ready for when he arrived. On one occasion he lobotomised 228 patients over 12 days for the West Virginia Lobotomy Project.

After the Second World War the number of lobotomies went up, often fuelled by a desire to find some way to deal with overcrowded asylums. Time magazine hailed it as an example of ‘therapeutic courage’, while Moniz shared the Nobel Prize for Physiology or Medicine in 1949 for the ‘discovery of the therapeutic value of leucotomy in certain psychoses’.

Many psychiatrists and patients’ families believed that despite potentially catastrophic consequences, the results of lobotomy would make the patient more manageable and easier to care for. Or, at the very least the outcome would be better than the alternative of long-term institutionalisation.

Long-term studies of post-operative patients finally confirmed that the treatment was worse than the disease and lobotomies were discontinued in most countries by the 1960s, although Freeman remained a strong advocate all his life.

In 1938, two Italian scientists, Ugo Cerletti and Lucio Bini, developed an apparatus to induce convulsions electrically. They tried the method on a patient with chronic schizophrenia, giving him several shocks of increasing voltage and duration. During the last shock, he convulsed for more than a minute.

Thus occurred the first electrically produced convulsion in a man, which I at once named electroshock.

The man received the treatment several times. Afterwards, he was quite lucid and deemed to be cured, but two years later he was recommitted to the Milan asylum with schizophrenia.

ECT was touted as a remedy for schizophrenia and depression, and was widely taken up by doctors across Europe. Several variations on the original apparatus were designed and patented to deliver stronger doses of current.

The Second World War facilitated the take-up of the treatment after supplies of insulin, needed for insulin coma therapy, were in short supply. In addition, psychiatrists found it cheaper and easier to administer than insulin therapy. The war also helped to establish ECT in the USA, as German émigrés escaping Nazi persecution, such as Lothar Kalinowsky, took the therapy with them as refugees. Kalinowsky also introduced ECT to the UK at the Burden Neurological Institute.

Views on ECT were generally positive in the early days of its use. In the UK, Robert Russell set up a company, Ectron Ltd, to manufacture ECT machines. At one time, nearly every hospital in the UK was equipped with Ectron machines.

In the early days, patients suffered fractures from the violent convulsions, but by the 1940s, routine use of curare, a muscle relaxant, eliminated this problem. One long-term side effect was amnesia, which left gaps in the memory and could affect personal identity.

Some psychiatrists suggested that this might be a positive outcome for patients who were focussed on past events. The controversial British psychiatrist William Sargant saw another advantage of memory loss, patients forgot the “increasing dread of further treatments” and the ECT sessions could continue.

Amnesia raised ethical questions about whether patients could give informed consent for the treatment, especially in psychiatric hospitals. As a result, doctors tried to minimise amnesia by modifying the procedure. The electrodes were repositioned, and different combinations of voltage and duration were tried. In the 1970s a brief pulse device with far fewer side effects was introduced.

By the 1960s, people who had been prescribed ECT contributed to an anti-psychiatry movement that questioned the use of ECT. It also emerged that certain groups, such as women, minorities and homosexuals were disproportionately given ECT.

Negative representations in the media, such as the film One Flew Over the Cuckoo’s Nest, also helped to turn both medical and public opinion against the treatment.

ECT was reassessed in the 1970s and new conditions were set for informed consent along with supporting therapies and follow-up procedures. In the UK, the Royal College of Psychiatrists produced guidelines and carried out an extensive survey of ECT use. The UK Mental Health Act of 1983 introduced a legal framework for the use of ECT on non-consenting patients.

ECT is still used to treat depression, but modern ECT barely resembles the popular image of film and literature. There is no brutal thrashing and convulsion. A single electrode is attached to one side of the head and the patient is given anaesthesia and muscle relaxants during the ultra-brief pulses of electricity.

After years of clinical evidence and public scrutiny, it is perhaps the only one of the ‘heroic’ physical therapies to survive, although it remains a controversial treatment. 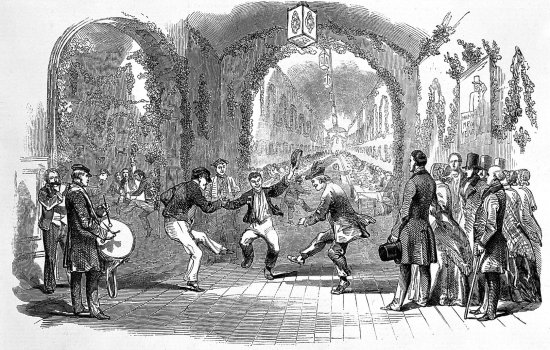 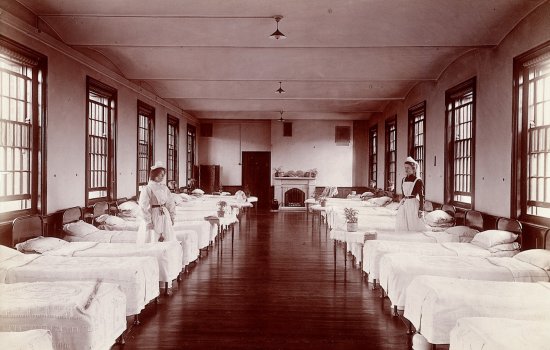