Thalidomide changed our relationship with new medicines for ever.

It took five years for the connection between thalidomide taken by pregnant women and the impact on their children to be made. Not only did thalidomide change people’s lives, but it resulted in tighter drug testing and reporting of side-effects.

Thalidomide is a drug that was developed in the 1950s by the West German pharmaceutical company Chemie Grünenthal GmbH. It was originally intended as a sedative or tranquiliser, but was soon used for treating a wide range of other conditions, including colds, flu, nausea and morning sickness in pregnant women.

During early testing, researchers at the company found that it was virtually impossible to give test animals a lethal dose of the drug (based on the LD50 test). Largely based on this, the drug was deemed to be harmless to humans. Thalidomide was licensed in July 1956 for over-the-counter sale (no doctor’s prescription was needed) in Germany.

Thalidomide in the marketplace

In 1958, thalidomide was produced in the United Kingdom by The Distillers Company (Biochemicals) Ltd, under the brand names Distaval, Tensival, Valgraine and Asmaval. Their advertisement claimed that

Distaval can be given with complete safety to pregnant women and nursing mothers without adverse effect on mother or child.

The drug was prescribed for a range of conditions including pneumonia, colds and flu and for relieving the symptom of nausea often experienced in early pregnancy.

One country that did not approve thalidomide for marketing and distribution was the USA, where it was rejected by the Food and Drug Administration.

Pharmacologist Frances Oldham Kelsey turned down several requests from the distributing company who did not provided clinical evidence to refute reports of patients who developed nerve damage in their limbs after long-term thalidomide use. This prevented the drug thalidomide from ever being used in the United States.

In the 1950s, scientists did not know that the effects of a drug could be passed through the placental barrier and harm a foetus in the womb, so the use of medications during pregnancy was not strictly controlled. And in the case of thalidomide, no tests were done involving pregnant women.

As the drug was traded under so many different names in 49 countries, it took five years for the connection between thalidomide taken by pregnant women and the impact on their children to be made. A UK Government warning was not issued until May 1962.

One reason why researchers and doctors were slow to make this connection was due to the wide range of changes to foetal development. Limbs, internal organs including the brain, eyesight and hearing could all be affected.

Later, they found that the impact on development was linked to when during pregnancy the drug was taken, and effects only occurred between  20 and 37 days after conception. After that, thalidomide had no effect on the foetus.

Another reason why it took so long to establish the link to thalidomide was that some of the damage caused by the drug was very similar to certain genetic conditions that affect the upper or lower limbs.

The first time the link between thalidomide and its impact on development was made public was in a letter published in The Lancet from an Australian doctor William McBride, in 1961.

The drug was formally withdrawn by Chemie Grünenthal on 26 November 1961 and a few days later, on 2 December 1961, the UK distributors followed suit. However, it remained in many medicine cabinets under many different names.

In the few short years that thalidomide was available, it's estimated that over 10,000 babies were affected by the drug worldwide. Around half died within months of being born. The thalidomide babies who survived and their families live with the effects of the drug.

The Thalidomide Society was formed in 1962 by the parents of children affected by the drug thalidomide. The original aim of the Society was to provide mutual support and a social network as well as to seek compensation.

In 1968 Chemie Grünenthal was brought to trial in Germany. The company settled the case out of court and arrangements were made to compensate German victims. No one was found guilty of any crimes.

The same year, the British licensee, the Distillers Company, also reached a compensation settlement with the UK victims of the drug. In the UK, payments from Distillers, as well as government compensation, were administered by the Thalidomide Trust.

In 1972, a highly publicised campaign led by the Sunday Times newspaper helped to secure a further settlement for children affected by thalidomide in the UK.

The consequences of thalidomide

Thalidomide forced governments and medical authorities to review their pharmaceutical licencing policies. As a result, changes were made to the way drugs were marketed, tested and approved both in the UK and across the world.

One key change was that drugs intended for human use could no longer be approved purely on the basis of animal testing. And drug trials for substances marketed to pregnant women also had to provide evidence that they were safe for use in pregnancy.

The easy, over-the-counter access to thalidomide prompted many countries to improve their classification and control of medicines. In the UK the 1968 Medicines Act, passed as a result of the thalidomide scandal, made distinctions between prescription drugs, drugs only available in pharmacies and drugs available for general sale.

The Yellow Card Scheme was set up for doctors to share previously unknown side effects of medications they prescribed. The Scheme has now widened so anyone can report a side effect.

This was not the end of the thalidomide story. In 1964 a leprosy patient at Jerusalem’s Hadassah University Hospital was given thalidomide when other tranquilisers and painkillers could not help him. His doctor, Jacob Sheskin, noticed the drug had an effect on the patient’s leprosy symptoms.

Within three days the leprosy had gone and skin lesions healed. When the patient stopped taking the thalidomide the leprosy returned. The drug seemed to be able to suppress the disease, although it was not a cure.

More recently, it has been used successfully to control some AIDS-related conditions, and as a targeted cancer drug for treating cancers such as multiple myeloma.

But the renewed use of thalidomide remains controversial because of its past history. 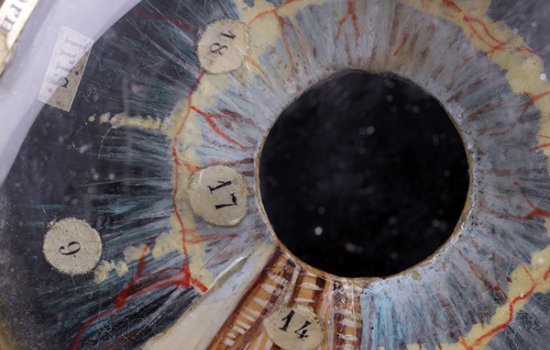 From mental health to epidemiology, discover the people and events who have shaped medicine as we know it today. 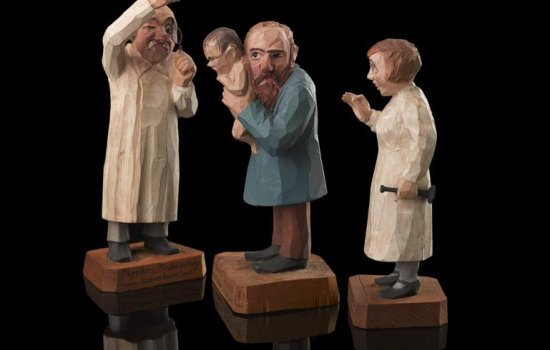 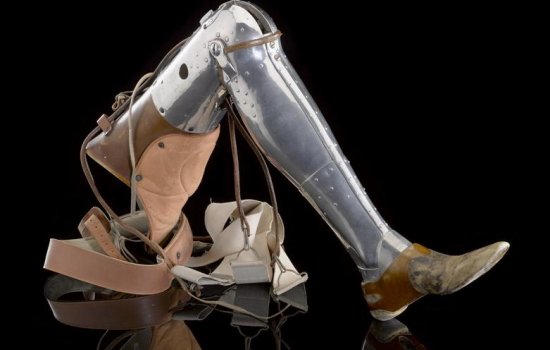 Explore a variety of artefacts revealing the understanding and treatment of physical disability from the 16th century up to today.