Before the advent of photography, medical texts favoured detailed illustrations of medical conditions and procedures—until technology gave us new ways of visualising the body.

The medical community was an early adopter of photographic technology following its invention in the mid-1800s. Photography was used primarily to document the visible symptoms of patients with particular medical conditions. But for several decades, medical texts continued to favour hand-drawn illustrations of diseases and procedures because a skilled artist was able to capture detail more accurately than a photograph.

In modern medicine, still and video photography are still used as diagnostic tools and to document case histories. But the 1900s saw an explosion of new technologies that provided unprecedented views of the internal body and aided diagnoses that were not possible before.

Digital photography continues to play a role in medicine through documentation, research and education. Video cameras are commonly used to look inside the body, most often in the form of endoscopes.

An endoscope consists of thin tubes with a powerful light and tiny camera at the end. The length and flexibility of the endoscope depends on the part of the body the practitioner needs to investigate. For example, an endoscope designed to examine the joints is often rigid. However, one used to view the inside of the colon is long and flexible.

Capsule endoscopy is a procedure that uses a tiny wireless camera to take pictures of the digestive tract. It helps practitioners see inside the small intestine—an area that isn't easily reached with a traditional endoscopy procedure.

The camera sits inside a vitamin pill-sized capsule that is swallowed by the patient. As the capsule travels through the digestive tract, the camera takes thousands of pictures that are transmitted to a recorder worn by the patient.

Endoscopy allows medical practitioners to scan for tumours, to investigate symptoms or confirm a diagnosis and to help surgeons prepare for procedures such as keyhole surgery.

X-rays were the first technology that made it possible to see inside the body without having to open it up. They were discovered by German physicist Wilhelm Roentgen (1845–1923) at the end of the 1800s and had an immediate impact on anatomical study and diagnostics.

Medical practitioners used early X-ray images to locate broken bones or foreign objects lodged in the body, such as bullets.

How to create an x-ray image

X-rays are a high-energy, invisible, form of electromagnetic radiation. Like visible light, they are reflected by some objects and absorbed to varying degrees by others.

When a body is placed between an X-ray source and a photographic (or fluoroscopic) film or screen, an image forms. Denser body parts, such as bones, absorb more X-rays, creating lighter areas on the image. Softer tissue allows X-rays to pass through, leaving dark shadows on the image.

At the heart of an X‑ray machine is a vacuum-sealed glass cylinder containing a pair of electrodes. When electricity is sent through the tube, X‑rays are released at the positive electrode.

X-ray images were also utilised outside medicine. Between the 1920s and 1960s, for example, shoe-fitting fluoroscopes (also known as pedoscopes) could be found in many shoe shops. A child trying on new shoes would stand on the footpad of the machine while they, a parent and the sales assistant looked through viewing portholes at a continuous X-ray image. The fluorescent image would show the bones of the feet and an outline of the shoes to reveal how well they fitted.

But in the late 1920s, evidence began to emerge which showed that large doses of X‑ray radiation were harmful. As a result, both patients and practitioners had to be protected from over-exposure. Machines were shielded, radiologists wore protective clothing, and non-essential exposure to X-rays, such as shoe-fitting machines, were phased out.

By the 1930s, radiology had become a medical specialism and X-ray images were an essential tool in hospitals, the military and public health programmes. Army recruits were X‑rayed for chest conditions such as tuberculosis, and in the 1940s mobile X-ray units travelled around the country performing mass civilian screening for the disease.

X-ray images were also used during pregnancy until the 1950s, when British physician Alice Stewart (1906–2002) demonstrated a link between foetal X‑rays and childhood cancer. Conversely, targeted X-ray radiation is now used to kill cancerous cells in the body in the form of radiotherapy.

Scanning technologies collect readings from the body and use a computer to process the data into visual images. The readings can be taken from a variety of sources:

A CT (or CAT) scanner works by sending multiple X‑ray beams through the body at different angles. This is called tomography. Detectors record how the beams pass through sections of the body and the data is processed by a computer into cross-sectional images or virtual ‘slices’.

CT scans provide more detailed images than X-ray machines. They can be used to detect bone and joint damage, including complex bone fractures. They can also reveal the precise location, size and shape of unusual occurrences such as tumours and blood clots, as well as internal injuries such as bleeding.

Tomographic techniques had been used in X-ray photography since the 1930s, but English electrical engineer Godfrey Hounsfield (1919–2004) was the first to combine an X-ray machine with a computer in 1971. His scanner was designed to take pictures of the brain, and revealed a brain tumour in a 41-year-old female patient. The first whole-body CT scanner was built in 1975, and CT scanners are now used to take pictures of virtually any part of the body. Hounsfield went on to receive a Nobel Prize for his work.

A PET scanner is used to visualise dynamic body functions such as blood flow in three dimensions. Patients swallow, or are injected with, safe radioactive materials called 'tracers' before entering the PET scanner. The scanner tracks the radiation as it moves around the body and processes this information into images.

PET scans are most commonly used for tracking the progress of cancer or cancer treatment, and observing blood flow in the heart and brain. PET scans are also used to help diagnose and manage central nervous system (CNS) disorders such as epilepsy and Alzheimer's disease.

However, PET is not used in medicine as often as other scanning techniques. PET techniques are complex and expensive, partly because they require enormous machines called cyclotrons to produce the radioactive tracers.

Hungarian radiochemist Georg von Hevesy (1885–1966) pioneered radioactive tracers during the 1930s and was awarded a Nobel Prize in 1944 for his work. American scientist Michel Ter-Pogossian and his team at Washington University pioneered their practical use in the 1970s.

An MRI scanner uses magnetic fields and radio waves to generate images of the inside of the body. Unlike X-rays, an MRI scan can visualise soft tissue such as the organs and blood vessels. It is a safe and painless procedure, leaving no lasting effect on the patient.

Because MRI can construct images of soft tissue, it's especially useful for diagnosing joint abnormalities, diseases of the liver and abdominal organs, and identifying tumours and uterine conditions such as fibroids.

An MRI scanner detects these weak signals. Because each of the body’s tissue types emits a different frequency of radio waves, the MRI scanner can distinguish between them and build an image based on the data it receives.

The behaviour of atoms in a magnetic field is called nuclear magnetic resonance (NMR). It was first observed during the late 1930s, but medical applications were not found for the phenomenon until the 1970s. The technique became known as MRI because, although it was safe, patients were understandably put off by the term ‘nuclear’.

In 1973, American chemist Paul Lauterbur (1929–2007) showed that NMR could produce images. British scientist Peter Mansfield (1933–2017) developed the mathematical processes that turned MRI into a useful rapid imaging technique. Lauterbur and Mansfield were awarded the Nobel Prize in Medicine in 2003.

In 1971, American scientist Raymond Damadian (1936–) discovered that MRI could be used for medical diagnosis. The radio signals emitted by cancer cells in a tumour were different from those in healthy cells and could be isolated by the MRI scanner. Damadian built the first whole-body MRI scanner in 1977, which he called the 'Indomitable'.

MRI scanners are large, noisy and confining, which some people find intimidating. In the 1980s the process was sped up by improving the signal between the person and the machine. Time spent inside the machine was reduced by giving the patients bicycle helmets, each fitted with radio receiver coils. These were nicknamed Jedi helmets, after the Jedi knights in the Star Wars films.

Ultrasound is a diagnostic imaging technology that uses high-frequency sound waves—well beyond the range of human hearing—to produce pictures of the inside of the body.

This low-risk technique was pioneered in Glasgow by Professor Ian Donald (1910–1987), engineer Tom Brown (1933–2019) and doctor John MacVicar (1927–2011) in 1957. The team experimented with ultrasound to create images of internal organs, tumours and cysts. The first ultrasound images were recorded on black-and-white film and were always blurred.

Ultrasound scanners typically consist of a hand-held device called a transducer to scan the body and a computer with a viewing screen to display the processed data as an image. Crystals in the transducer send high-frequency sound waves into the body and it detects the returning echoes. This is called the piezoelectric effect and was discovered by Pierre Curie (1859–1906) in 1880.

Ultrasound scanners were not commonly used in hospitals until the 1970s. By the 1980s the technology had advanced enough to produce moving images in shades of grey, followed by 3D imaging not long after. Today ultrasound is widely used in surgical procedures and the field of gynaecology.

Most people are familiar with the ultrasound scans produced when pregnant women receive a routine ultrasound scan. Ultrasound has little to no effect on the foetus or pregnant woman, so it is much safer than X-rays for use during pregnancy. Another advantage of ultrasound is that it generates real-time moving images of the inside of the body.

Observing the foetus inside the womb has helped medical practitioners better understand pregnancy and human development. It is used today to detect anomalies and risks during pregnancy, sometimes resulting in difficult decisions for parents-to-be. 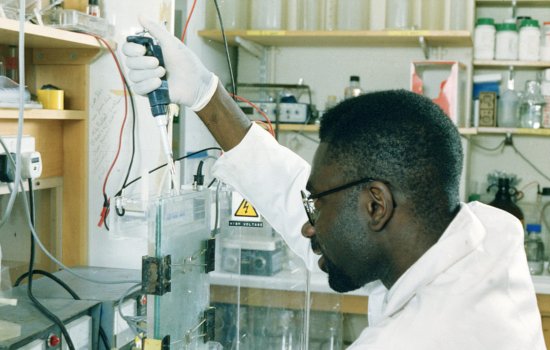 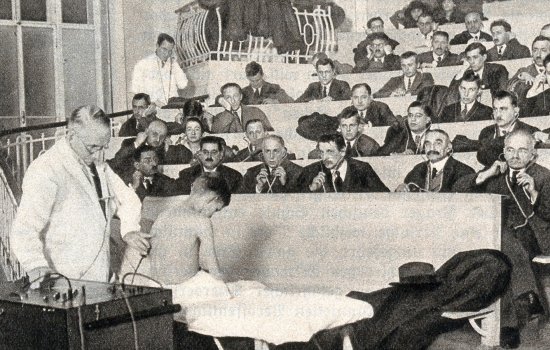 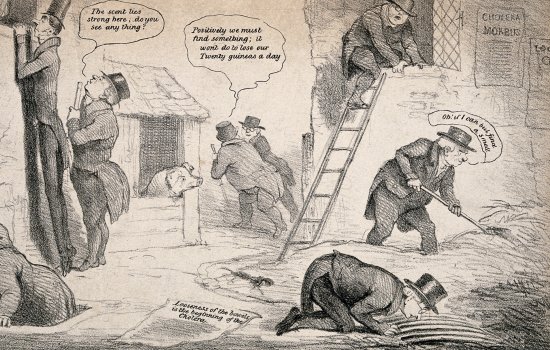