Care for people with mental health conditions has changed dramatically over time. In pre-Industrial Britain, families often cared for mentally ill relatives at home, a system that failed when family members were unable or unwilling to provide this care. As a result, mentally ill people often ended up in prisons and workhouses.

Attitudes to mental illness started to change from the late 1700s onwards, with an increased recognition that the solution to mental illness was care and treatment rather than confinement. The 1800s saw the construction of large new mental institutions that offered a range of treatments. Many of these institutions were built by the local authorities and located on the outskirts of major towns,

The field of psychiatry changed after the First World War (1914-1918), when psychiatrists were called upon to treat troops with neuroses resulting from the stress and trauma of war. Doctors began to experiment with new treatments that assumed a physical cause for some chronic and previously incurable conditions such as schizophrenia.

Care continued to be administered mainly from hospitals specialising in mental health throughout most of the 1900s. But from 1983, many mental health hospitals were closed as part of the controversial policy of ‘Care in the Community’. 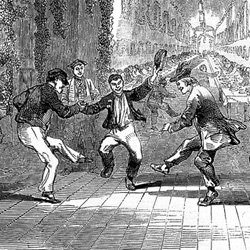 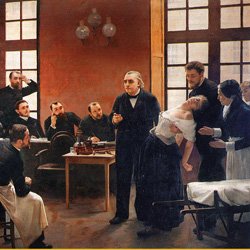 Is mental illness the result of a physical malfunction of the body or is it purely in the mind? This is the question that doctors asked themselves after they discovered the nervous system.

Find out more about nerves and neuroses 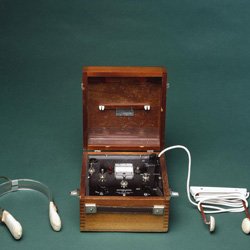 A psychiatric revival in the early 1900s led to a variety of new experimental therapies that didn't necessarily benefit patients.

Discover the 'heroic therapies' in psychiatry