Artists and scientists both respond to and shape the society around them, asking enduring questions of the world. From the drawing room to the art gallery, how ideas in art and science are developed and communicated affects their acceptance and success with others.

In the following three stories we see artists and scientists raise questions that touch on religion, politics, and consumption, all drawn from our exhibition The Art of Innovation: from enlightenment to dark matter.

Joseph Wright of Derby created some of the most memorable images of science in the eighteenth century. Working from the Midlands and connected to some of the greatest scientific minds of his day, Wright captured the spectacle of new scientific instruments available to teach a public increasingly interested in scientific ideas.

In 1766, he exhibited a painting called A Philosopher giving that Lecture on an Orrery in which a Lamp is put in place of the Sun. It shows a family group illuminated, both physically and intellectually, by a travelling lecturer. They gather around an orrery—a mechanical model of the solar system—to hear the theory of the universe proposed by Isaac Newton.

Wright shows us not only scientific knowledge being imparted, but also how such lectures had become a social activity. Wright may well have first seen an orrery at a lecture given in Derby in 1762 by James Ferguson. Instrument maker, writer and travelling lecturer, Ferguson was one of a group who made Newton’s theory of the universe more accessible to a general public.

His wooden pulley orrery produced around 1755 and his Astronomy explained upon Sir Isaac Newton’s Principles first published in 1756 both made clear Newton’s central argument: that the Earth and other planets all orbited the Sun due to the force of gravity.

Of all the sciences cultivated by mankind, astronomy is acknowledged to be … the most sublime… by knowledge derived from this science… [we are] convinced… of the … superintendency of the Supreme Being.

But not all artists were as impressed by scientific spectacle as Joseph Wright. As the eighteenth century turned into the nineteenth, the satirist James Gillray attacked science among the many features—from political to personal—that he thought wrong in contemporary society.

In 1802, Gillray published a satire on London’s newest scientific establishment: the Royal Institution founded in 1799. It shows a scene not unlike Wright’s, but here the audience has grown, filling the RI’s lecture theatre with fashionable people, and the science being observed is the latest pneumatic chemistry. Thomas Garnett and his assistant Humphry Davy are administering nitrous oxide (now better known as laughing gas) to a participant. The spectators register emotions ranging from laughter to disgust as the experiment results in an unfortunate expulsion of air.

Gillray is clearly making the most of a fart joke, but he is also responding to broader contemporary criticism and fear of such nitrous oxide experiments. Humphry Davy, who Gillray portrays gleefully holding a pair of bellows, had made nitrous oxide famous with his recent experiments at the Pneumatic Institution near Bristol, run by Thomas Beddoes. There, Davy and Beddoes invited a circle of friends to test the possible curative effects of nitrous oxide, thought poisonous until Davy experimented on himself. Their circle included the romantic poet Robert Southey, who rhapsodized about the exhilarating effects that nitrous oxide was found to produce:

Such a Gas has Davy discovered! … it made me laugh & tingle in every toe & finger tip. Davy has actually invented a new pleasure for which language has no name … it makes one strong & so happy! … oh excellent air bag … I am sure the air in heaven must be this wonder working gas of delight.

Unfortunately for Davy, Beddoes not only spent his time on gas experiments but also engaged with radical politics. The 1790s saw conservative commentators react vehemently against the recent excesses of the French Revolution, with many fearing it would spread to Britain. Beddoes, as well as another well-known pneumatic expert, Joseph Priestley, both publicly supported the revolution and its political consequences.

Commentators therefore began to equate gas experiments with these dangerous politics. Edmund Burke used notably chemical metaphors to compare the political ‘experiment’ and dangerous excesses of the revolution with the ‘fumes’ or ‘spirits’ of enthusiasm for pneumatics shown by men like Beddoes.

Gillray makes similar play with metaphors of ‘hot air’ in his print. Such attacks led Davy to curtail his gas experiments after his first two years at the Royal Institution, so that the anaesthetic properties of nitrous oxide would not be picked up for decades.

Not only does Gillray capture the broader social and political implications of nitrous oxide for his contemporaries, but his satire actively played a part in ending that period of research.

Polaroid perceptions: looking with a camera

Step forward to the twentieth century and we encounter a very different story of artists and scientists collaborating around research. New polaroid photographic technology invented by Edwin Land in the 1940s created a revolution in social photography and deeply attracted artists.

In 1948, Land released the Polaroid Land Camera, Model 95, to the public. It packed the chemistry of a dark room into a handheld camera, allowing people to take photographs and instantly share them with friends and family. Previously a company that worked predominantly on optical devices for the US military, Land’s invention revolutionised Polaroid into a company that sold directly to consumers.

To help improve the technology, Polaroid hired landscape photographer, Ansel Adams, a partnership which developed into a broader project where artists were given free Polaroid equipment in exchange for photographs. The company thus amassed a large and significant collection of works from hundreds of artists including Chuck Close and Andy Warhol.

In 1972, the Polaroid Corporation released the SX-70 camera, the first folding, single lens reflex (SLR) camera. Like all SLRs, it allowed the user to view through the lens exactly what would be captured in the photograph, but the film was also revolutionary, developing automatically in 60 seconds.

In Sun on the Pool, Los Angeles, April 13th 1982, Hockney gives the feeling that the viewer is simultaneously looking down on and across the swimming pool. With no zoom lens, he had to move physically around the space to include each element of the pool. He called this process ‘drawing with a camera’, which allowed him to play with time and space.

These experiences with Polaroid instant film led both Land and Hockney to develop new theories of vision. To help develop colour film, Land tried to understand colour and vision better.

Beginning research in the 1950s, he developed his ‘Retinex theory’ looking into how the human brain and the eye interact. He created multi-coloured collages, named after the Dutch painter Piet Mondrian, to test how we can perceive and recognise colour in different settings. Subjects viewed these ‘mondrians’ in different light sources and tried to match specific colour patches. First published in 1959, Land’s research is still controversial today.

Hockney shared his ideas on photography in 1985, after working with polaroids. He compared the world as seen through a camera lens to the world seen by the human eye: the singular perspective of the camera, to the multiple viewpoints of the eye. Hockney created his Polaroid collages to study how photography could represent this human way of seeing.

I quickly realized that one cannot perceive space without time. It takes time to perceive space, which again told me why one single photograph is essentially static – because there is not enough time within it to perceive the space that it is depicting.

These three very different artists show us how art and science both shape our society and are themselves shaped by it.

Whether responding to contemporary criticism, sharing the latest ideas, or experimenting with new technology, both artists and scientists engage with the concerns and aspirations around them, shaping how we see the world. 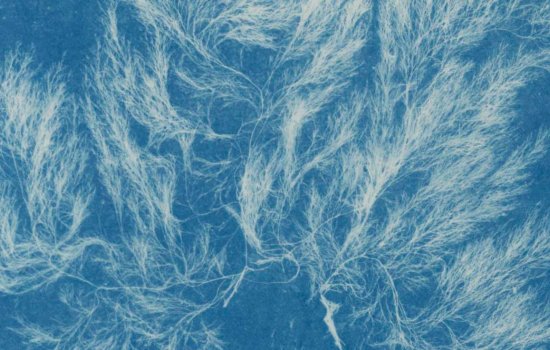 Artists and scientists use the same visual tools, such as drawing and photography, to understand the unseen or previously incomprehensible. However, their interpretations have not always agreed. 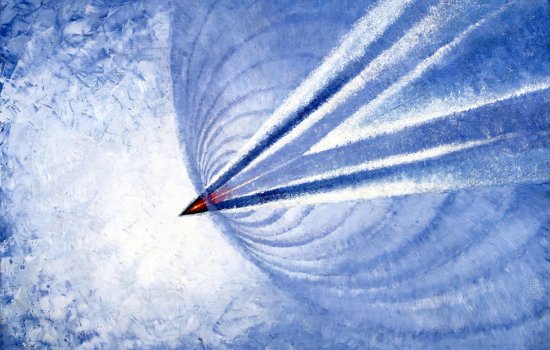