The technology it took to get to the Moon

The success of the Apollo 11 mission to the Moon, and the safety of the astronauts, relied on engineering, ingenuity and technology.

A leap for technology and experience

When US President John F Kennedy was assured by his advisors that the United States would be capable of landing astronauts on the Moon in less than ten years, the nation had precisely 15 minutes of human spaceflight experience.

In 1961, Alan Shepard’s Mercury Freedom 7 mission had blasted off. But it hadn’t been an orbital mission; his flight took him high above the Earth before falling back to splash down in the Atlantic Ocean.

With such limited experience, one of the first things the Americans had to decide was how to get to the Moon and back.

Planning how to get to the Moon and back

There were originally two main contending methods for getting to the Moon and back again safely.

The first method was direct ascent, often simplified and depicted in popular culture. This would have fired a three-man landing craft directly to and from the Moon and was centred around the NASA’s designs for a new powerful rocket—the “Nova” rocket.

The second was the earth-orbit rendezvous (EOR) method. This would have used smaller rockets to launch separate spacecraft into the Earth’s orbit for assembly there and subsequent boosting to the Moon.

LOR would take three astronauts to the Moon but with just two transferring into a lander to descend to the Moon’s surface while their crewmate remained behind, orbiting the Moon in the command service module (CSM).

The smaller lander, or lunar module (LEM), plus the CSM could be launched by a variant of the existing Saturn class of rockets already being developed by NASA under the direction of Wernher von Braun.

The lunar-orbit rendezvous method was ultimately selected as the route to the Moon and back again because it was the more achievable option both financially and in Kennedy’s timeframe.

Once the “how” had been answered, a new spacecraft needed to be designed to take the astronauts to the Moon and back.

This new spacecraft comprised three parts: the command module, the service module and the lunar module.

The command module would be the astronauts’ home and control centre for the duration of the mission. Attached to it would be the unmanned service module with a single rocket engine, supplies and power systems. Finally, the lunar module—stored in protective casing during the launch—would be the part of the spacecraft to actually land on the Moon.

The command and lunar modules were joined by a docking tunnel. Once they had reached the Moon’s orbit, astronauts Neil Armstrong (mission commander) and Buzz Aldrin (lunar module pilot) would crawl through this tunnel into the lunar module ready for its descent to the Moon’s surface.

Near the end of the mission, with all three astronauts back in the command module, the service module would be jettisoned leaving the command module as the only part of the entire Apollo spacecraft to return to Earth.

The command module had to work both in space and on its way back through the Earth’s atmosphere when it would be travelling at 40,000 km per hour and glowing with the frictional heat generated.

Its blunt body shape provided the spacecraft with a degree of manoeuvrability during its descent back through the Earth’s atmosphere. It was covered with a heat shield that was designed to burn away during the searing frictional heat of re-entry.

The command module’s interior contained couches for each of the three astronauts, a main instrument panel that was within easy arms-length of the couches, and all the computing and navigational equipment necessary for journeying to and from the Moon.

The lunar module comprised a descent stage with four legs and the crew cabin ascent stage. It looked fragile and unwieldy but was designed to be as light weight as possible and had only to work in the vacuum of space—so it didn’t matter what shape it was—so long as it fitted into the rocket.

Narrated by legendary BBC presenter James Burke, who led the commentary on the Moon landing in 1969, this animation shows many of the crucial steps involved for humans to land on the Moon.

Spacesuits were the life support systems for the astronauts once they left the command module.

The astronauts themselves wore light-weight flight suits in the command module. However, once they had crawled through the docking tunnel to the lunar module, they changed into bulkier pressurised spacesuits.

The Apollo A7L suit had evolved through several designs from those worn by aircraft pilots flying at high altitude, before eventual modification for walking on the Moon.

The astronauts wore an inner garment beneath the main suit with water-filled tubes sewn in to stop the astronauts from over-heating.

In order to offer the necessary protection for the astronauts their suits needed to have many layers—the A7L suit had twenty-one. A major challenge for the suit designers was to effect as much flexibility as possible to ease movement while retaining the necessary strength and rigidity for protection.

The computing technology behind the mission

The Apollo missions presented a new challenge in computer technology.

The Apollo Guidance Computer (AGC) and Display and Keyboard (DSKY) instrument panel were created specifically for the programme.

The DSKY panel was akin to a calculator keyboard and display, working with codes the astronauts learned or checked from a flight manual. The programming mitigated against any computer failure yet worked with only as much memory as a modern digital wristwatch.

It was the AGC, with instructions inputted by the crew, that essentially flew the spacecraft to and from the Moon.

The decision to land a human on the Moon was taken in July 1962, following President Kennedy’s commitment to beat the Soviets, ‘before this decade is out.’

NASA was created from NACA (the National Advisory Committee for Aeronautics) founded in 1915 to advance American aeronautics.

The space race created a national effort drawing on some 400,000 managers, designers, scientists, engineers, technicians, medics and other associated experts to design, build, test and then operate a system which would allow them to deliver Kennedy’s goal in less than seven and a half years.

Did the Soviets have a better alternative?

We now know that the Soviets were following a similar technological route for getting to the Moon.

They too were intending a lunar-orbit rendezvous method with their own mighty N1 rocket launching a lunar orbiter and lander—the L3 complex—towards the Moon.

However, there were significant differences.

Just two cosmonauts would make the journey rather than Apollo’s three astronauts, and the Soviet lunar lander could only accommodate a single crew member. Rather than transferring to his lunar lander via a docking tunnel, the Soviet plan was for the cosmonaut to transfer via a spacewalk—a much riskier venture.

Their complete system to actually land on the moon was never fully tested as the N1 rocket failed on all four of its test firings.

Ultimately, the decisions the Americans took around the approach and technology—coupled with a clear organisation and funding—fuelled them to the Moon in 1969 and continue to influence human spaceflight. 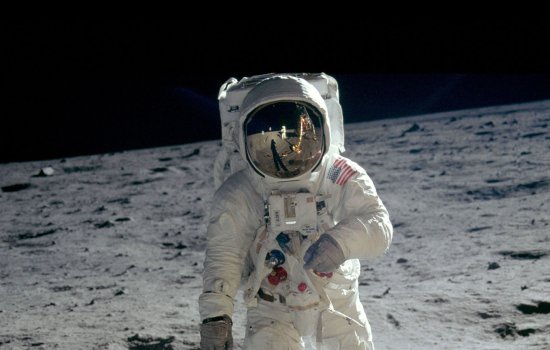 The space race to the Moon

On 20 July 1969, American astronaut Neil Armstrong took his first steps on the Moon. But why had the race to the Moon become such a focus, and how did the Americans get there first? 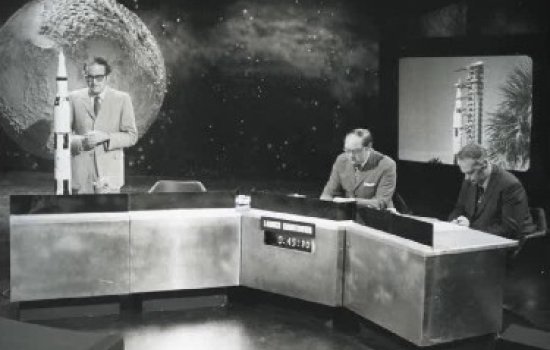 From the moon to your living room: The Apollo 11 broadcast

The televised Moon landing was an incredible milestone in broadcasting, the result of years of planning and technological development. 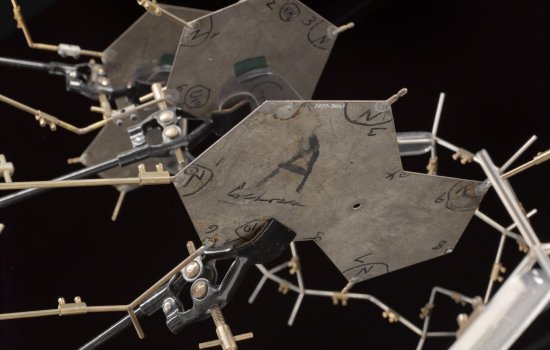