Join us for a celebration of the 75th anniversary of the British Society for the History of Science.

On 5 May 2022 it will be precisely 75 years since the meeting—chaired by Frank Sherwood Taylor (later Science Museum director)—at which the Society was formed.

The academic discipline of the History of Science and Technology has changed beyond recognition since then, and its practitioners are found across university faculties and science museums, bringing its distinctly historical perspective on STEM to the sciences, and a focused concern with the role of science in culture to the humanities.

But this small discipline is not always heard in public, where its insights might be most valuable, and its small scale brings some difficulties as well as opportunities within the Academy. This event brings together established and early career scholars to debate the reach and public presence of the discipline in two panels and two activities.

14.00—Museum Tours with a History of Science flavour

Rachel Boon (Curator of Computing and Communications), Rupert Cole (Curator of Contemporary Science) and Tim Boon (Head of Research and Public History) will offer tours that respond to your historical interests, showing the relations between the collections and the history of science today, whilst illuminating the history of the museum since its first beginnings in the 1850s.

Three tours are available in the following sequence:

A guided opportunity to enhance the presence of history of science on the web’s most influential information source. Organised and facilitated by Alice White (Wellcome Collection / BSHS) and Hope Miyoba (Wikimedia UK / Science Museum Group).

17.00—Panel: Media of the Public History of Science, Chaired by Ludmilla Jordanova (University of Durham)

Where can the public encounter high quality history of science that is informed by modern historiography? What can historians of science uniquely bring to public discussions of science across media and institutions?

18.15—Round Table on Territories of the History of Science, Chaired by Sir Ian Blatchford (Director, Science Museum Group)

What perspectives can historians of science uniquely bring to academic and public discussions? 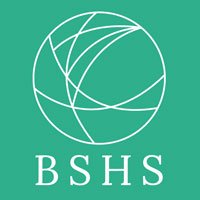