As part of our Science Fiction: Voyage to the Edge of Imagination and Broadcast 100 series, this special event sees two musical groups join forces for a live performance of their soundtrack to the 1973 cult classic science fiction animation, 'La Planète Sauvage'—recently released as part of Fire Records’ Imagined Score Series.

Expect an evening of soaring, ethereal, ambient beauty, tribal beats and a live narration to René Laloux’s mesmerising psychedelic masterpiece in our custom IMAX Theatre. The performance is preceded by an on-stage conversation with the Radiophonic Workshop and Stealing Sheep about their collaboration, and the enduring legacy of early electronica.

Stealing Sheep are an art-pop band from Liverpool. Formed in 2010, their line-up includes Rebecca Hawley (vocals and electronic textures), Emily Lansley (vocals and guitar) and Luciana Mercer (vocals and percussion).

Their music blends eclectic influences from the early experimental electronica of pioneers such as Can, Kraftwerk and Delia Derbyshire through to contemporary artists such as Daft Punk, St Vincent, Drake and Little Dragon.

Their three acclaimed studio albums, 'Into the Diamond Sun', 'Not Real' and 2019’s 'Big Wows' (all released on iconic label Heavenly Recordings) highlight the band’s fearless and intrepid quest for exciting, new forms of music, taking in everything from contemporary electro pop to British folk and psychedelia.

Based in the infamous Room 13 at the Maida Vale studio complex in west London, The Radiophonic Workshop formed in 1958 tasked with producing experimental sounds for BBC radio and television.

From the Beatles, Prince and Pink Floyd to Aphex Twin, Four Tet and Hannah Peel, the work of The Radiophonic Workshop has had a profound influence on electronica—and the course of popular music— with landmark scores for 'Doctor Who', 'Quatermass and the Pit', 'The Hitchhikers Guide to the Galaxy', 'The Changes' and many others.

Based on Stefan Wul’s novel 'Oms en Série' [Oms by the dozen], Laloux’s breathtaking vision was released in France as 'La Planète Sauvage' (The Savage Planet) and immediately drew comparisons to Swift’s pioneering novel 'Gulliver’s Travels' and the film 'Planet of the Apes'. It tells the story of “Oms”, human-like creatures, kept as domesticated pets by an alien race of blue giants called “Draags”. The story takes place on the Draags’ planet Ygam, where we follow our narrator (to be voiced live in the IMAX theatre by the Workshop’s Roger Limb), an Om called Terr, from infancy to adulthood. 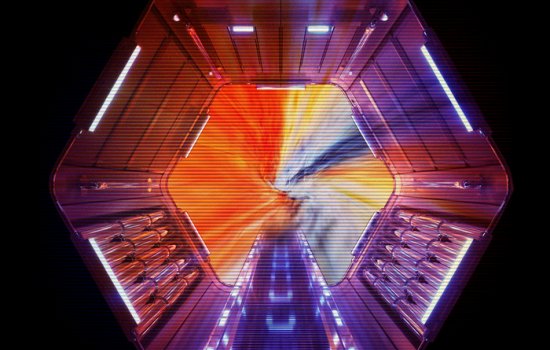 Science Fiction: Voyage to the Edge of Imagination

In this immersive genre-defying exhibition you will embark on a once in a lifetime adventure through the cosmos to explore visions of the future through the science of today.